Nigerian social media sensation, Ikorodu Bois, have received requests from Hollywood directors, Anthony and Joseph Russo, also known as Russo brother to be special guests at the premiere of ‘EXTRACTION 2’ after their viral remake of the trailer of ‘EXTRACTION’. The Ikorodu Bois gained notoriety for remaking scenes from famous music videos and Hollywood films. Scenes from shows like Bad Boys for Life, Money Heist and other pieces of entertainment are recreated scene by scene by only using household items. 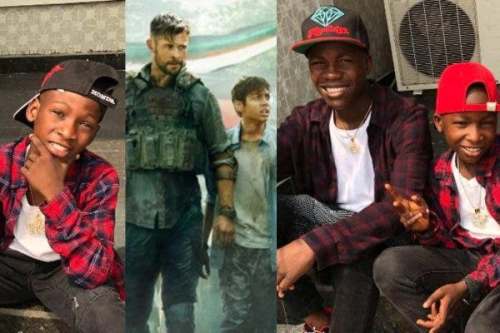 The latest video from the Ikorodu Bois is a reenactment of the Netflix original movie ‘EXTRACTION’ which stars Chris Hemsworth. The video which has gone viral with over 1.5 million views on Twitter caught the attention of writers of the movie, The Russo Brothers.

Reacting to the video, they wrote: “This is awesome! We would love to have you guys at the #Extraction 2 premiere…DM us and we’ll get you there!”

Contents show
1 PLEASE DON’T FORGET TO HELP US TO SHARE THIS POST TO OTHERS BY USING THE SHARING BUTTON BELOW....... Nnp team Copyright
2 Like this:
3 Related

PLEASE DON’T FORGET TO HELP US TO SHARE THIS POST TO OTHERS BY USING THE SHARING BUTTON BELOW....... Nnp team Copyright